On a bright and sunny May 6th Saturday, members came from throughout the state to attend the 2017 AAUWMO Conference “Changing the Climate for Women and Girls”.  Ten branches were represented. 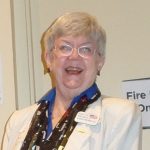 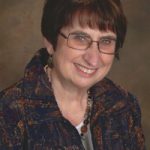 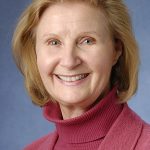 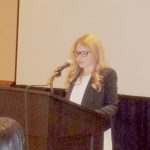 Kaitlyn Wallace, U. of MO

Kaitlyn Wallace,  a young woman who serves as President of University of Missouri AAUW was the first speaker.  She spoke about how AAUW had helped her gain leadership experience.

Janet Bunger spoke eloquently on the changing climate for women’s and girls’ expectations..  Much work is yet to be done, “but there is no more need for ‘if only’s’ for girls’ ” ambitions and dreams.

Aileen Rizo, LAF plaintiff, flew from her home in Fresno, California to tell her story.  Because the school system she worked for as a math consultant brought in new hires at salaries strictly based on applicants’ previous salaries, there were vast disparities in positions of equal responsibility.  A man serving as an English consultant had a salary thousands higher than Aileen’s, and the district stood absolutely firm on their policy alleging that salaries were strictly based on the person’s former job.   Because Aileen is an Hispanic woman, her case reflects special discrimination and marginalization. As an adjunct to her case, she testified and advocated for California’s Fair Pay act, which was effected in January 2016.
Following her talk, members participated in an impromptu fundraiser for the LAF fund, overseen by Julia Triplett.  A heartwarming total of $1,110.00 was raised among attendees!

Dr. Gail James spoke about slow progress in getting states to approve legislation favorable to CEDAW (U.S., Convention for the Elimination of Discrimination Against Women).  Current focus is being placed on cities rather than on states, and results are encouraging. 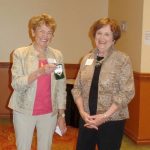 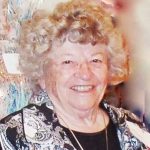 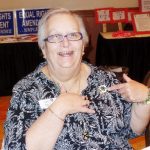 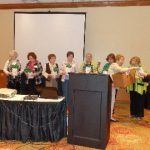 Sue brought a gift for each Legacy Circle Donor

Karen Francis, and Pat Shores (view their profiles), Public Policy Chairs, spoke about the new Public Policy Impact Grant awarded to AAUWMO from National.  The 4 priorites (Get Out the Vote, the gender pay gap, visibility of AAUW and the establishment of a Women’s Missouri Lobby Corps) were favorably received.  Karen and Pat emphasize that AAUW’s priorities are political, but not partisan.

Pat and Karen were each awarded the Outstanding Missouri Member of 2016-17 Award for exemplary service. 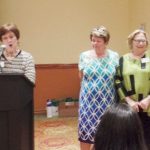 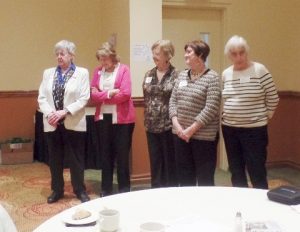 In addition to renewing  commitment to AAUW priorities, interfacing with state-wide members, and electing new officers,  a happy occurrence at the AAUWMO Convention is recognition of special accomplishments by the branches and by individuals.  See the list of AAUWMO awards . View the gallery  and a summary below. 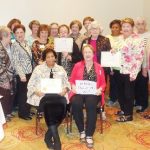 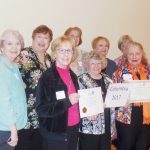 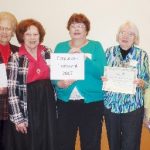 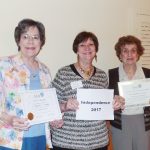 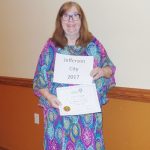 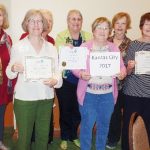 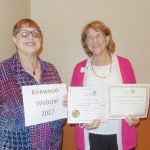 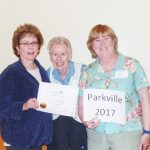 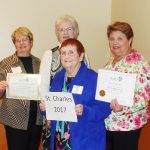 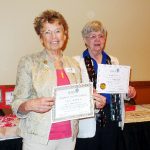